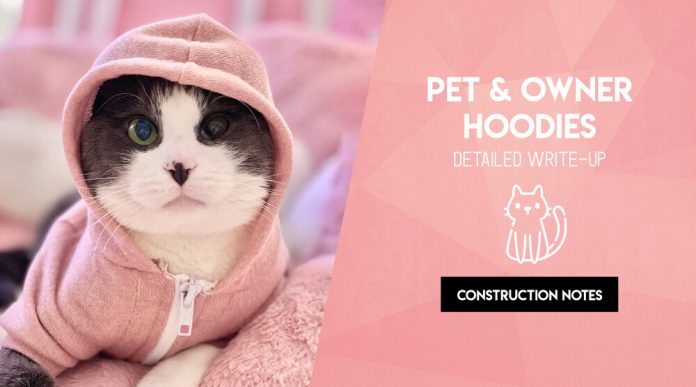 With the weather warming up ever so slightly, I thought it would be fun to sew a cropped hoodie, perfect for going out and running errands. I definitely didn’t stop there though, and felt it would be such a cute idea to sew a matching hoodie for my cat, Boba.

I really love French terry knit fabric for sweaters in general, so I collaborated with Stylish Fabric again this month to bring these plans to life.

You can use my code MOCHI15 for 15% off your purchase with Stylish Fabric!

To start, I cut out the pieces I needed to create garment “C” from Kwik Sew’s K4382 pet clothing pattern. I measured my cat around his neck and around his chest and determined that I needed to go with the XS size. After pre-washing and drying my fabric, I cut all the necessary pieces out.

The first step was to sew the details of the pocket, which was so tiny and cute! Not sure what you’d be storing in there, except maybe a few pieces of kibble!

Next, I sewed on the front pieces that make up the closure of the hoodie. For all the seams in this garment, I did choose to run it through the serger so that it would be more durable.

Sewing on the waistband was the next step, as well as sewing the cuffs onto the sleeves. These were all such tiny pieces and I couldn’t stop getting giddy over how little everything was!

The hood was the last main component to construct for this little outfit. The pattern did not call for a hoodie string, which I totally agreed with since my cat would just end up playing with it!

The last step for the pet hoodie is to install the zipper. The shortest zipper I could find in this style was 12”, although I probably could’ve gotten a shorter one if I had looked elsewhere.

To determine where I needed to shorten the zipper, I held it against the opening and marked each side with a fabric pen. I then used a zig zag stitch with my machine feed dogs down to sew a faux “stopper” where I needed the zipper to stop. I did not cut the top of the zipper off just yet.

I used a zipper foot to install the zipper onto the hoodie. I tested out the new stoppers I put in and previewed how everything looked when it was zipped up, and it was good to go! I trimmed the top of the zipper and this portion of the project was finished~

Now it was time for my own hoodie! For the pattern, I used Makerist’s Cropped Hoodie / Sweater sewing pattern.

All I had to do was print it out, assemble it, and cut!

The first step for this pattern was to sew together the hood. This pattern did request a hoodie string, so I prepared for that by creating a channel for it to go through. I also installed some grommets as a nice accent, but unfortunately they did not hold up, so I ended up removing them at the end.

It seems that I forgot to photograph the entire portion of the main part of the hoodie, which is sewing the front and back pieces together at the sides and shoulder! So we will move on to the step after, which were the sleeves!

I closed off the sleeves and attached them to the sweater, carefully following the markings on the pattern.

Next, I attached the hood to the hoodie itself. The pattern had built in this wonderful front detail where one side of the hood crosses over, which I really liked.

For the sleeve cuffs, I used the same fabric as the rest of the garment.

The waist band was super simple to sew on as well!

With the hoodie being fully assembled, the string that goes into the hood was the only thing left to do.

Unfortunately, the process of doing this pulled the grommets out, and I ended up throwing them away. I know these weren’t completely necessary because most hoodies don’t have this accent, but I just wanted to give it a try. Oh well!

With both hoodies being finished, it was time to take a few photos! Unfortunately it was incredibly hard to take photos with my cat because he just didn’t want to cooperate for selfies. So a lot of the photos were taken individually.

Despite this, both pieces turned out wonderful and I’m really happy with how they look! 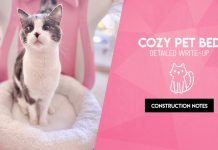 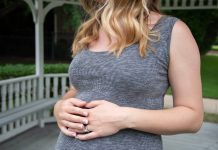 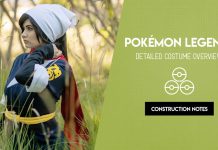 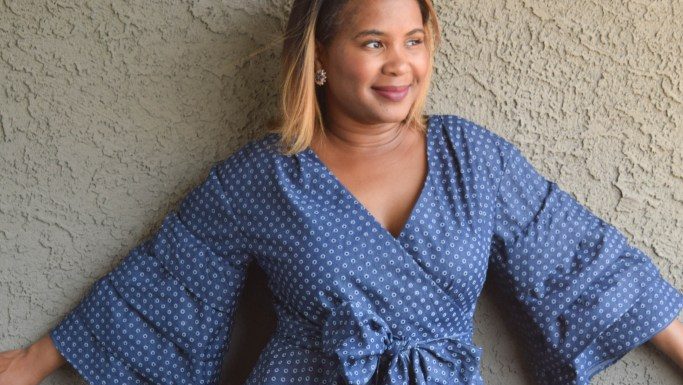 DIY Loungewear to Mix and Match